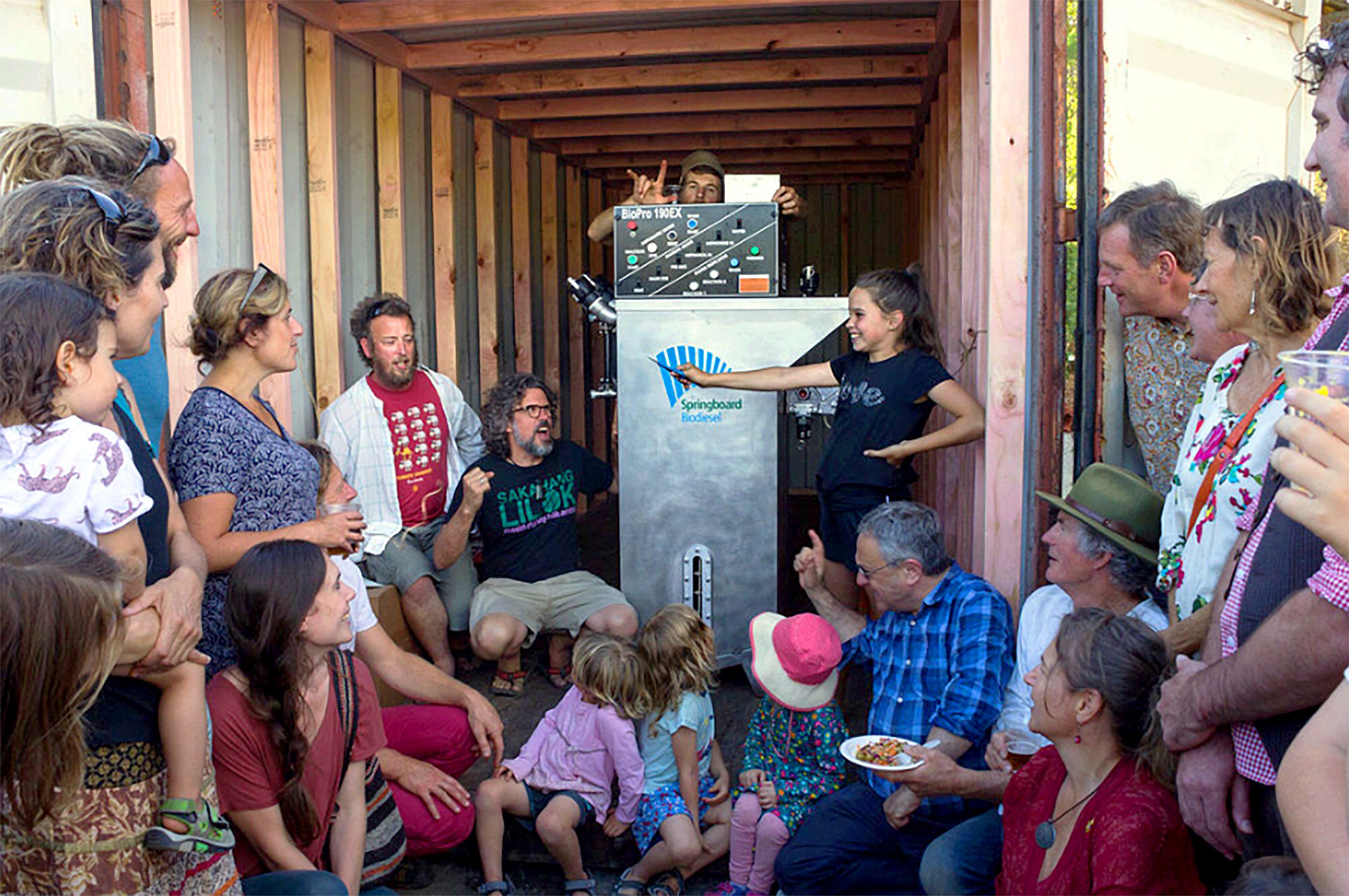 In the colorful ecosphere of small-scale biodiesel production, there is another category that we fondly refer to as “Other” or “Mavericks”. This category is made up of individuals who, for one reason or another, are able to gain access to used cooking oils, and who decide to save money on their fuel costs by converting that oil into biodiesel in this equipment. They tend to be do-it-yourselfers, some go by the handle of “Preppers”, some are environmentalists, others are “mavericks”  who are fed up with the price of diesel. Whatever their motivation, they get it done. This page recognizes their efforts. 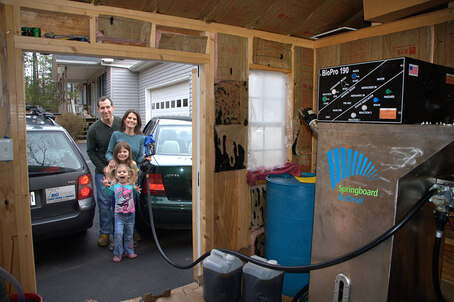 Paul Waxman, seen above with his family, his two diesel cars and his BioPro 190, writes:

Closing in on our fourth year of biodiesel with the 190, we only have biodiesel powered cars – a 2000 Jetta (~47 MPG) and 2005 Passat (~29 MPG) – and we go year round with B100. Our kids actually have not been to a gas station to fill up – they think a lot of people make their own biodiesel!!! We live in a community where we test jets for the Navy – one of their bumper stickers is "Jet Noise: the sound of freedom". My bumper sticker: "Biodiesel: the smell of freedom". Without the 190, I could have never made my own biodiesel due to the time constraints. With it, I smell freedom every morning when I start my car! 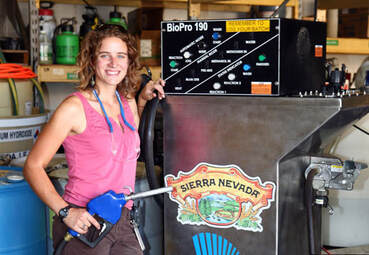 Mandi McKay operates the BioPro™ 190 for Sierra Nevada Brewery Co. In early 2008, Sierra Nevada took their recycling program one step further. They purchased a BioPro. "I love this machine," says Mandi, and began turning all used cooking oils from their Tap Room into biodiesel. They blend this biodiesel with regular diesel and use the mix to fuel their impressive fleet of short and long-range delivery trucks. View Brewing More than Beer video. 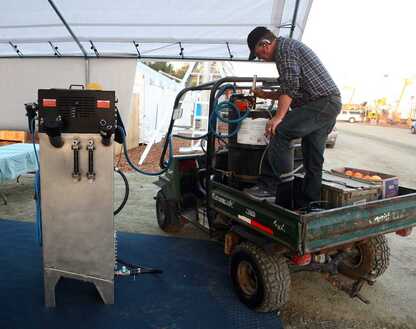 Mike bought his BioPro™ 190 in 2007. He collects used cooking oil, and estimates that on average he pays about 25¢ or less per gallon.

He uses the machine 24/7, which means he's making over 150 gallons of biodiesel per week.

Today we are seeing diesel prices at historic lows.

The real savings, some argue, can be measured in Carbon Dioxide withheld from the atmosphere. Mike keeps 166,250 pounds of CO2, or 83 tons of CO2 out of the atmosphere each year, no matter the level of annual economic savings.When he bought the machine in 2007, his simple payback was 5 to 6 months.Mike has made more than 70,000 gallons of biodiesel in his BioPro 190 since 2007.This means he has saved himself, he estimates, more than $200,000 in fuel costs and he has kept approximately 1.33 million pounds of CO2 out of the atmosphere.Warren Buffet once said, “Someone is sitting in the shade today because someone planted a tree a long time ago.”Mike is sitting in the shade. His wife thinks he’s Warren Buffet 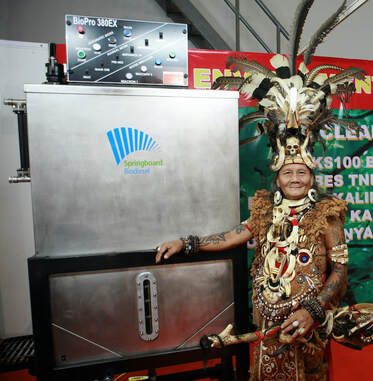 An inhabitant of the Indonesian archipelago of Raja Ampat poses for his picture with the BioPro 380EX at an international trade conference in Jakarta. 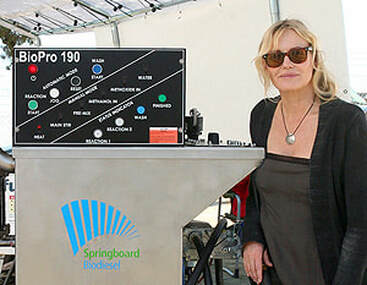 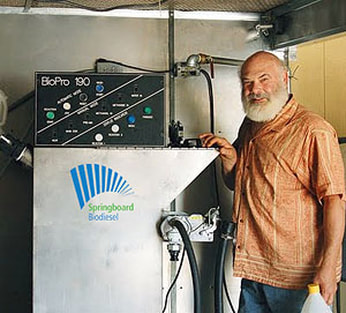 The New York Times once claimed that Dr. Andrew Weil, seen here with his BioPro™ 190, "has arguably become America's best known Doctor". Dr. Weil purchased his BioPro™ back in 2006. In an interview at his ranch in AZ., he gave a demonstration on how the machine operates and told reporters that there is "a pretty quick payback time on the cost of the unit." He added, "I really think this makes sense for a small co-op or any group of people...It's wonderful in many ways," explained the doctor, who points out that the fuel is renewable, cheaper and cleaner than regular automotive fuels, and fits his overall philosophy: the health of the planet "needs to be taken as seriously as individual health."

Lowell Harms is a farmer that lives in Groton South Dakota. He and his father have been making biodiesel in the BioPro 190 since 2009. They have made and used thousands of gallons and continue to do so from UCO collected locally.